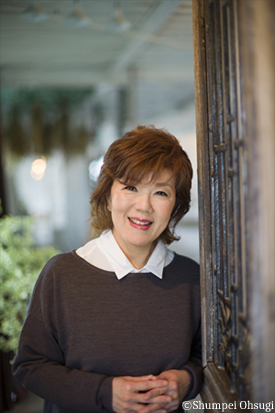 Kei Itoh studied piano with Kazuko Ariga since her childhood. After graduating Toho Gakuen High School, she went on to study at Universität Mozarteum Salzburg and Hochschule für Musik und Theater Hannover where she studied with Hans Leygraf.
Since 1979, she has won numerous awards at international competitions including the top prize at the 32nd Internationalen Musikwettbewerbs der ARD München in 1983, for which she was the first Japanese to win the award in piano division. In the same year, she made her Munich debut with Bayerische Staatsorchester conducted by Wolfgang Sawallisch.
In 1987, she began recording a CD series of Schumanniana, a collection of piano works by Robert Schumann. In May of next year, she played a concert commemorating the release of the recording.
In September of 1990, she made her appearance at Yatsugatake Kogen Music Festival for which Sviatoslav Richter was the music director, to perform all of Mozart’s piano sonatas along with fellow pianists Jablonski, Virsaladze, Ránki, and Bunin.
In October 1993, she played in a season concert of Radio-Sinfonie-Orchester Frankfurt conducted by Dimitri Kitaenko, after which she joined the orchestra’s concert tour in Japan to play the Brahms concerto. In the same year, she received the annual award from the Frederic Chopin Society of Japan.
In April 1994, she was invited to play in a season concert of Das Berner Symphonie-Orchester lead by Kitaenko for List’s Piano Concerto no.2. In the same year, she received the Cultural Arts Support Award of Yokohama city.
In June 2001, Itoh played the second Brahms concerto with Tokyo Metropolitan Symphony conducted by Jean Fournet. In September she played the Emperor Concerto with Takashi Asahina leading Osaka Philharmonic in Sapporo, which turned out to be their last joint appearance.
In November 2003, she played the Ravel concerto in Ceská filharmonie’s season concert conducted by Fournet. She played with them in their subsequent Japan tour as well.
In 2015, her CD “Franz Schubert Klavierwerke 6” won the 53rd Record Academy Award and the 70th time Agency for Cultural Affairs art festival prize, and in 2016 “DUO 5” with violinist Keisuke Okazaki received the 54th Record Academy Award. Her latest album is Beethoven Klavierwerke 2 released in May 2020.
She has performed with numerous orchestras in and outside of Japan including Symphonieorchesterdes Bayerischen Rundfunks, SWF Sinfonieorchester Baden Baden und Freiburg, Rundfunk-Sinfonieorchester Berlin, Orkiestra Filharmonii Narodowej w Warszawie, and Ceská filharmonie.
Itoh has been invited to the music festivals, including La Folle Journée au Japon, the Saito Kinen Festival, Takefu International Music Festival, Obuse Music Festival Risona, Risonare Chamber Music Festival.
She plays chamber music with Nobuko Imai, Antonio Meneses and Keisuke Okazaki.
Itoh was invited to a judge at Concours de Genève International Music Competition in 2018.
She is currently a professor at Tokyo University of the Arts and a guest professor at Toho Gakuen College Music Department.